This site is maintained and operated by the children, grandchildren, and great-grandchildren of Harrold and Ethel Johnson, two extraordinary people who lived and raised their family in the delightful little town of Orrville, Ohio. 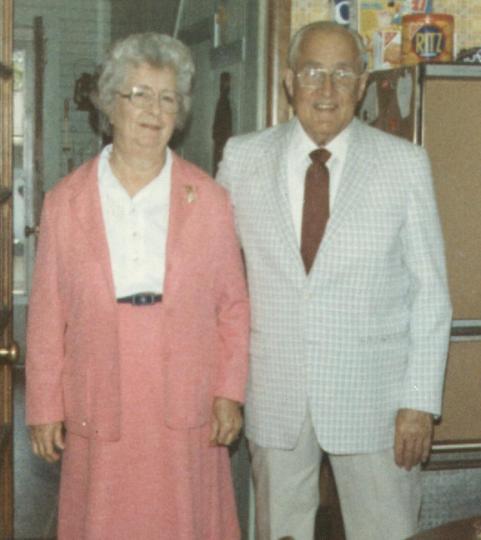 Among us, we are, have been, or have married homemakers, school teachers, hotel managers, manufacturers, office managers, actors, football stars, cheerleaders, church secretaries, Sunday school teachers, computer programmers, network administrators, landscaping laborers, freight handlers, stock clerks, flight attendants, investment bankers, financial advisers, day traders, lobbyists, newspaper editors, chamber of commerce presidents, scrapbooking consultants, graphic artists, landlords and historians. Some of us don't like Democrats because they're too conservative, while some of us think the Republicans are a little too liberal. The rest fall somewhere in between. We live in Virginia, Florida, California, Michigan, and Ohio. Some of us have never lived in Orrville. A few left, only to return. One never moved away.

All of us, no matter where we are, consider Orrville to be - at least in some small way - our home. Part of that home is a grand old house known as Maple Terrace. It's been in the family for over half a century. 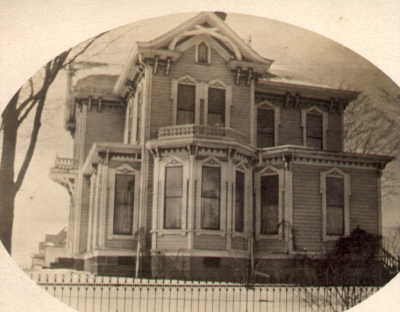 We have within us a sense of adventure, a curiosity for travel tempered by a deep and abiding love for home. I think that's what this site is really all about.

You see, this site is one of thousands of what the Internet community would call vanity sites. It originated as a practical joke gone horribly wrong. Once describe as "our own sick version of 'Where's Waldo?'" it enjoyed a brief period of novelty among the family and some close friends. To say that it sunk back into obscurity is to claim that it ever left. Now, after four years in existence, the robots.txt restrictions have been lifted, external links created. But why?

Believe me, I've asked myself the same question. Aside from the obvious, the place needed a good theme, and it never really found one. Then we found out about Geocaching, and with that came travel bugs, and all of a sudden, The Green Bag can be seen for what it truly represents. Because, after all, the original Green Bag is a travel bug. Yes, it was once a hideously ugly green dress, passed around as a perpetual gag gift. The joke continued after the dress was cut up and made into a handbag.

The Green Bag has been around the world, and has the photos to prove it. 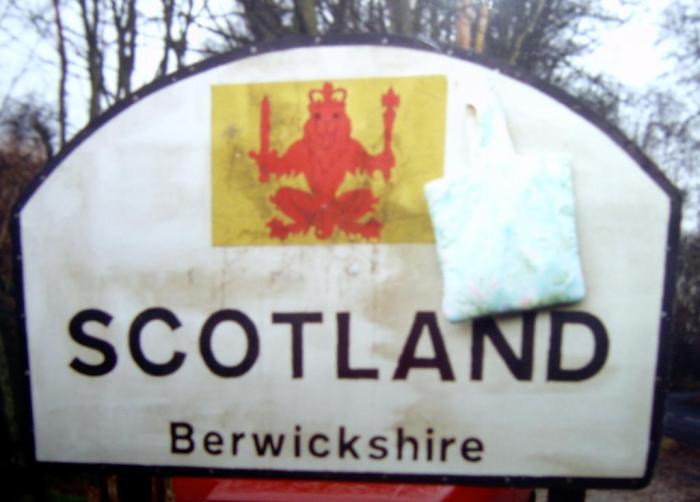 But it always comes home (except for that one time, and then a replacement was made and we've taken much better care) because that is its purpose. Just as its tiny replicas now serve a purpose to never leave home. That is, all but the one. The extra. It will go away, and may never come back. But it can, through Geocaching and Travel Bugs, tell us of a world we may otherwise not see, and somehow that proves that there are some people out there might just get it, after all.

So another wave of content has come and gone on this site since I wrote this page in 2004. Photo galleries and blogs came and went, and some content thrived here for a while until we all discovered Facebook and moved there. So now all that's left is this tribute to Harrold and Ethel, and the story of The Green Bag. Will anything come to replace this? I don't know. In the meantime, thanks for stopping by.